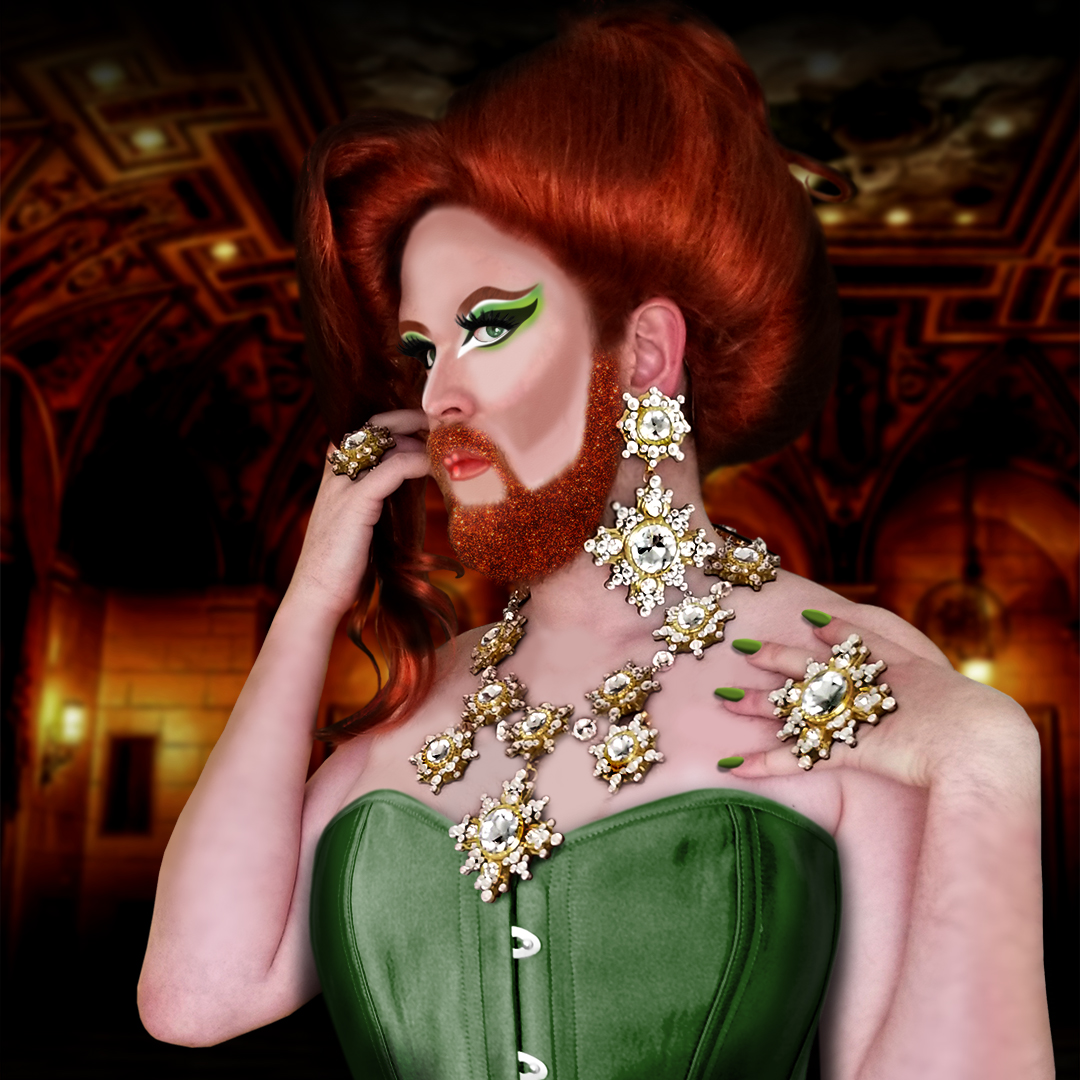 “To keep him safe was her one wish, and I intend to see it done.”

The grieving mother, dressed head to toe in the finest black, lotus flower silk, peered down at her daughter’s corpse. Her gaze snapped to the alchemist, “As privately as possible, I implore you. The people need not know. Her father need not know either.”

“Yes, ma’m” he responded, barely above a whisper. He opened the dark case before him and gestured to the queen to look, “I have prepared a suitably grand matching set of jewels for both her burial and for her champion’s trial”.

The queen, with a raised eyebrow, moved her numb stare to the case. A golden chain and necklace adorned with hundreds of gemstones glinted and gleamed in the fading twilight. It was, without doubt, worthy of a royal burial. “I only asked you mere hours ago to make this. I expected this to take days, if not weeks.”

“Your expectation would be correct, your majesty, if this was the product of a goldsmith. It is, in fact, the result of a much rarer technique, magical in nature. A ritual.”

“By most accounts, very, your majesty. The kind of ritual your husband seeks to suppress. A type of magic that would have me hung, drawn and quartered if the…”

“I understand, Professor.” She swallowed her disdain, turned towards her daughter’s casket and released a long sigh. “How does it work?”

“These pieces are inextricably linked; distance and time have no bearing on its effect. The necklace and the mantle, when worn, connect their wearers profoundly. It should allow your daughter’s soul to communicate – perhaps even live through – her champion.”

“Will it protect him?”

“If that is the true desire of your daughter’s soul…”

This set matches a mantle and ring set: Light’s Guidance 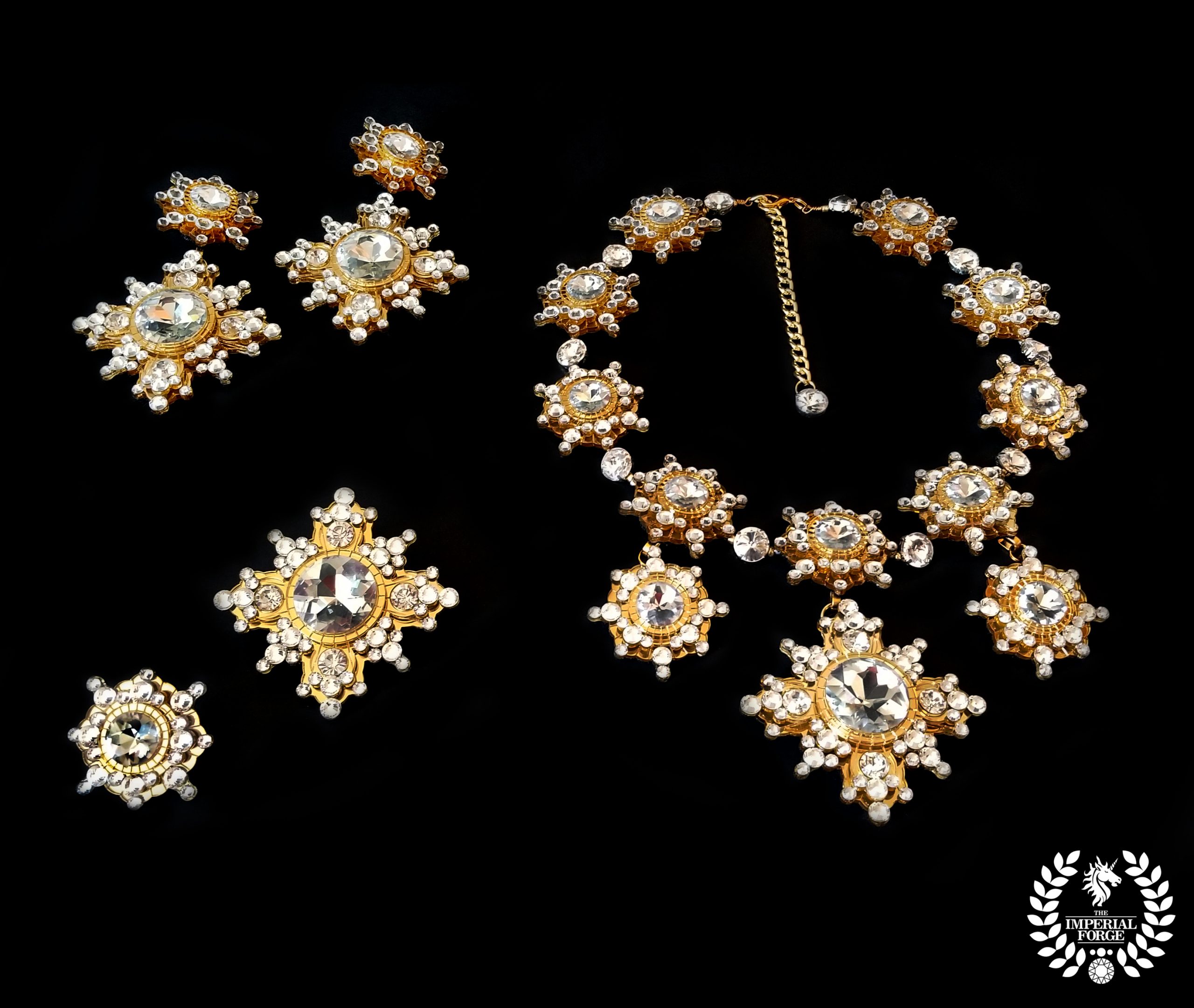 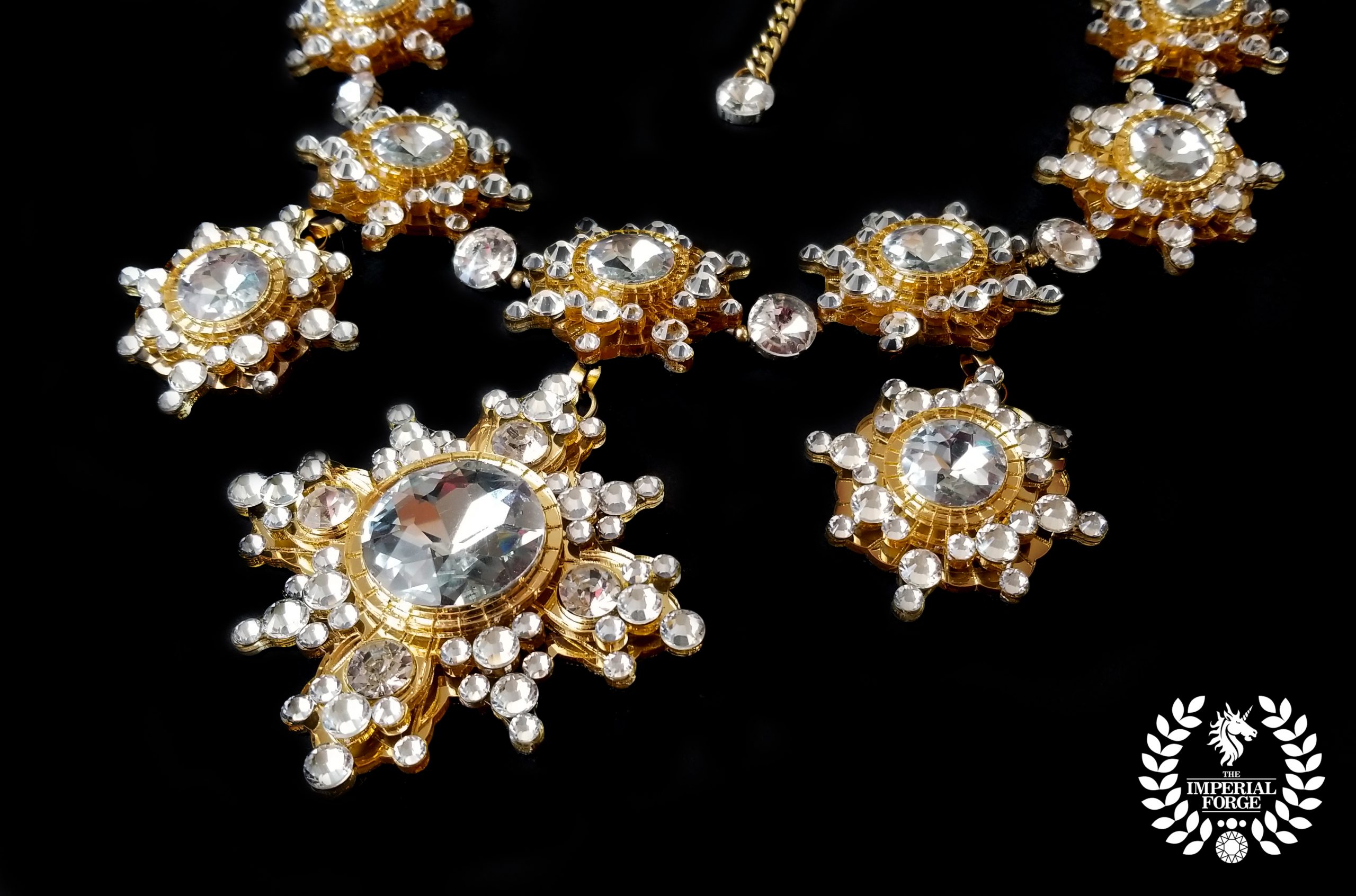 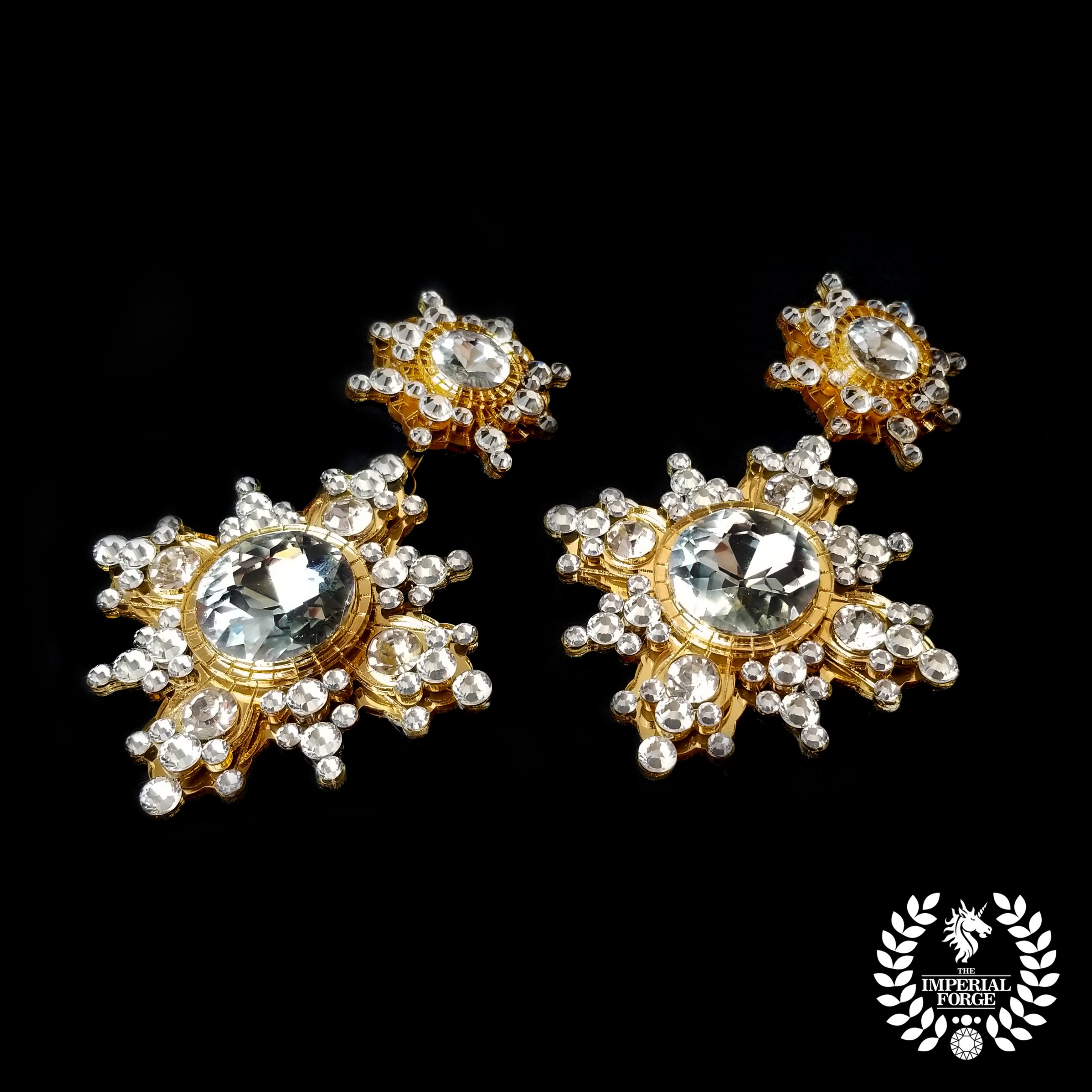 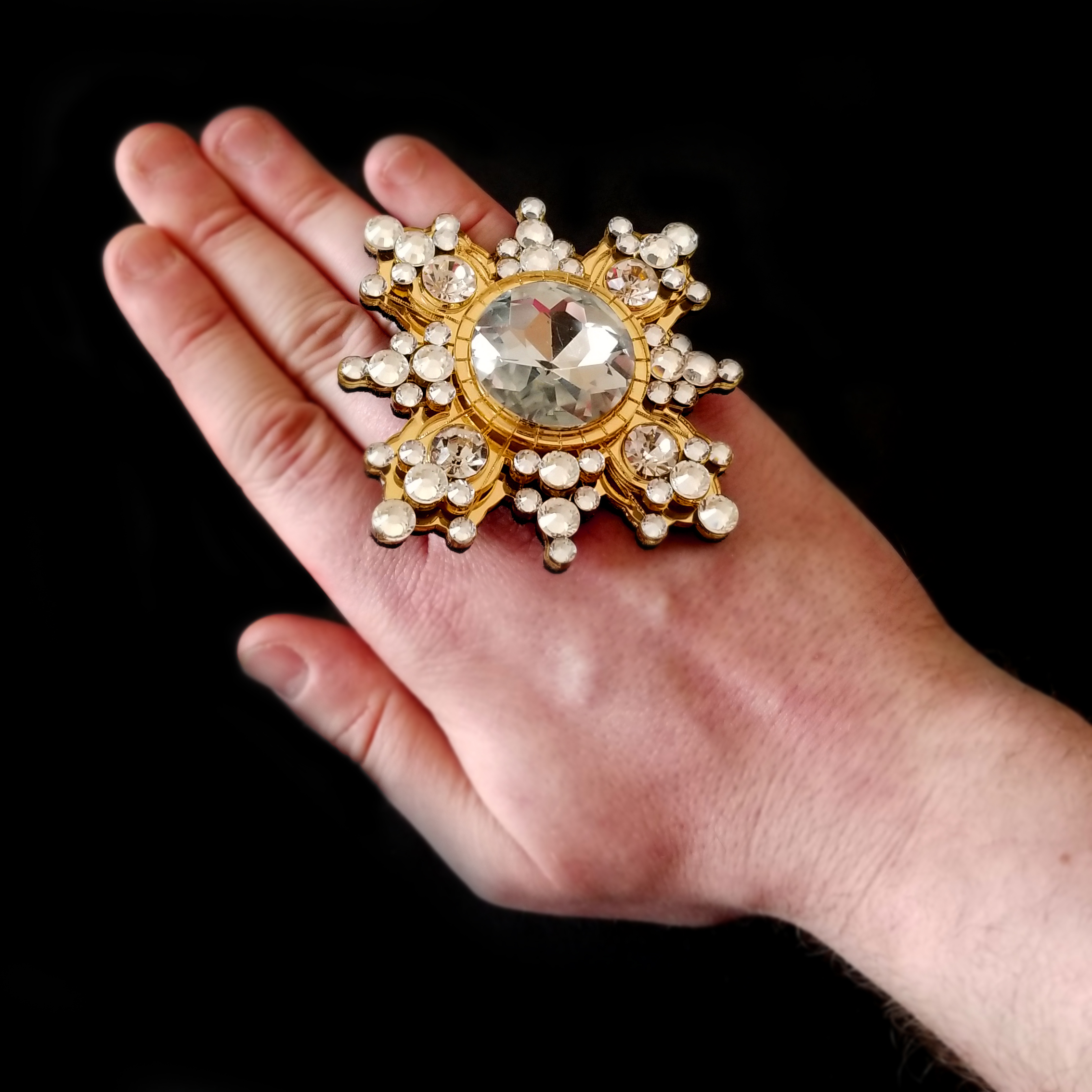