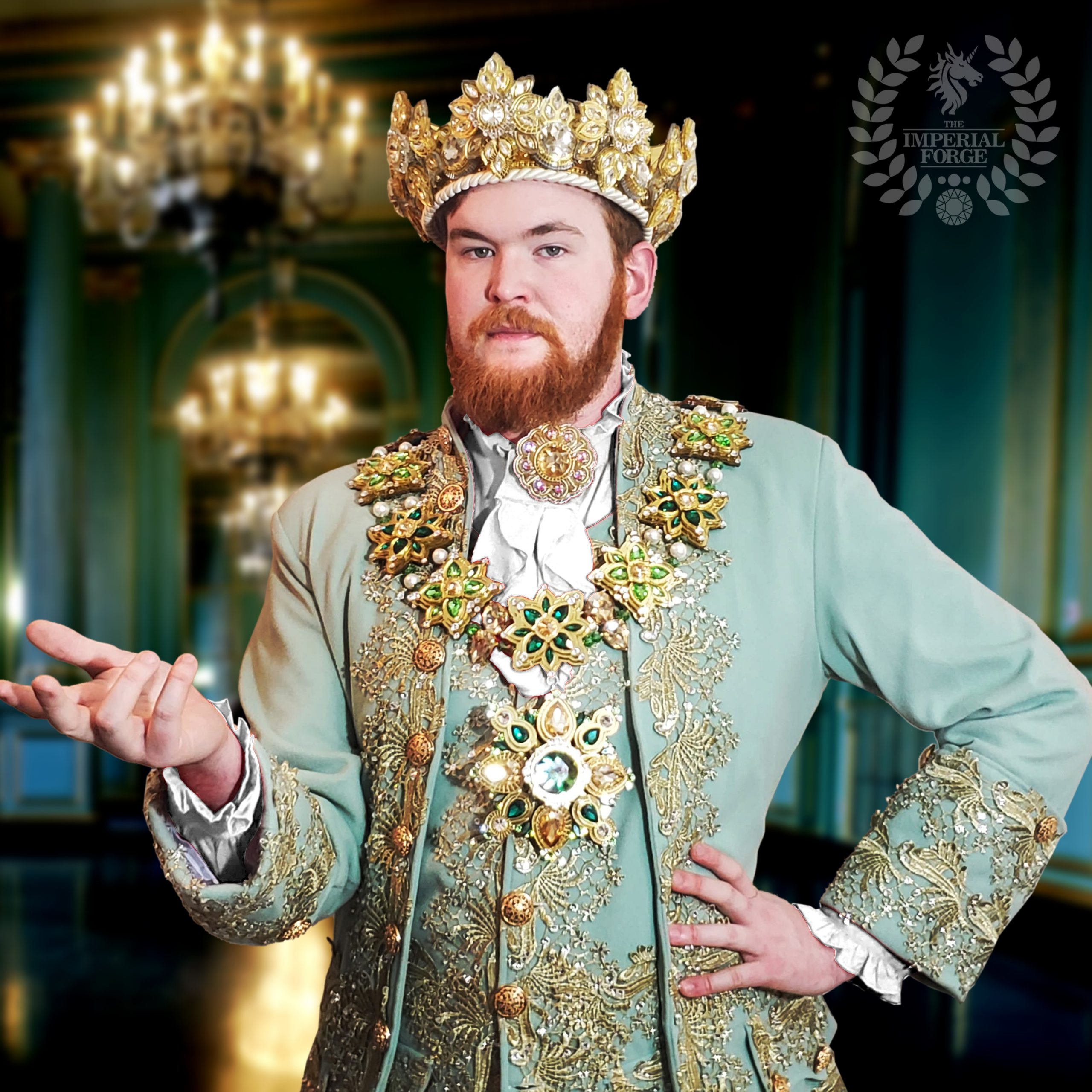 “At this rate I will be late.” he seethed through gritted teeth.

“Just one or two very minor, finer details to complete your highne…”

The artist’s lips scrambled to subdue a response. He had been assured this portrait was to be the pinnacle of his career, distributed across the kingdoms as the royal family prowled for a suitable princess. His highness was reported to be difficult. They were accurate.

“…and thus far, there have been enough finer details to lash you to the bone. You wouldn’t want to ruin my portrait with the spray of your blood now, would you?”

The prince dropped his outward, open palm; the only semblance of warmth he offered. The hand-on-hip, smug stance of power assumed by every noble in his house remained. For just a moment the artist painted a new scene, one where the familial chain that hung about his shoulders – the chain that would, for so many unfortunate young ladies, con them into ignoring his flaws – constricted the prince’s neck. The head pulled clean off his shoulders, his still warm blood provided a rouge mask for the dark ballroom floor.

If only the realm were so lucky.

A large mantle in gold mirror, studded with emerald, peridot and champagne crystals and strung with glass pearls. The large pendant is detachable and may be worn as a brooch. The pendant  has a discreet lobster clasp on its lower back, allowing a medallion to be hung from it.

Comes with a matching emerald ring.

20% of the final value of the piece was donated to A Night On Olympus, benefiting Mission 22 – to learn more about their important work, visit mission22.com. 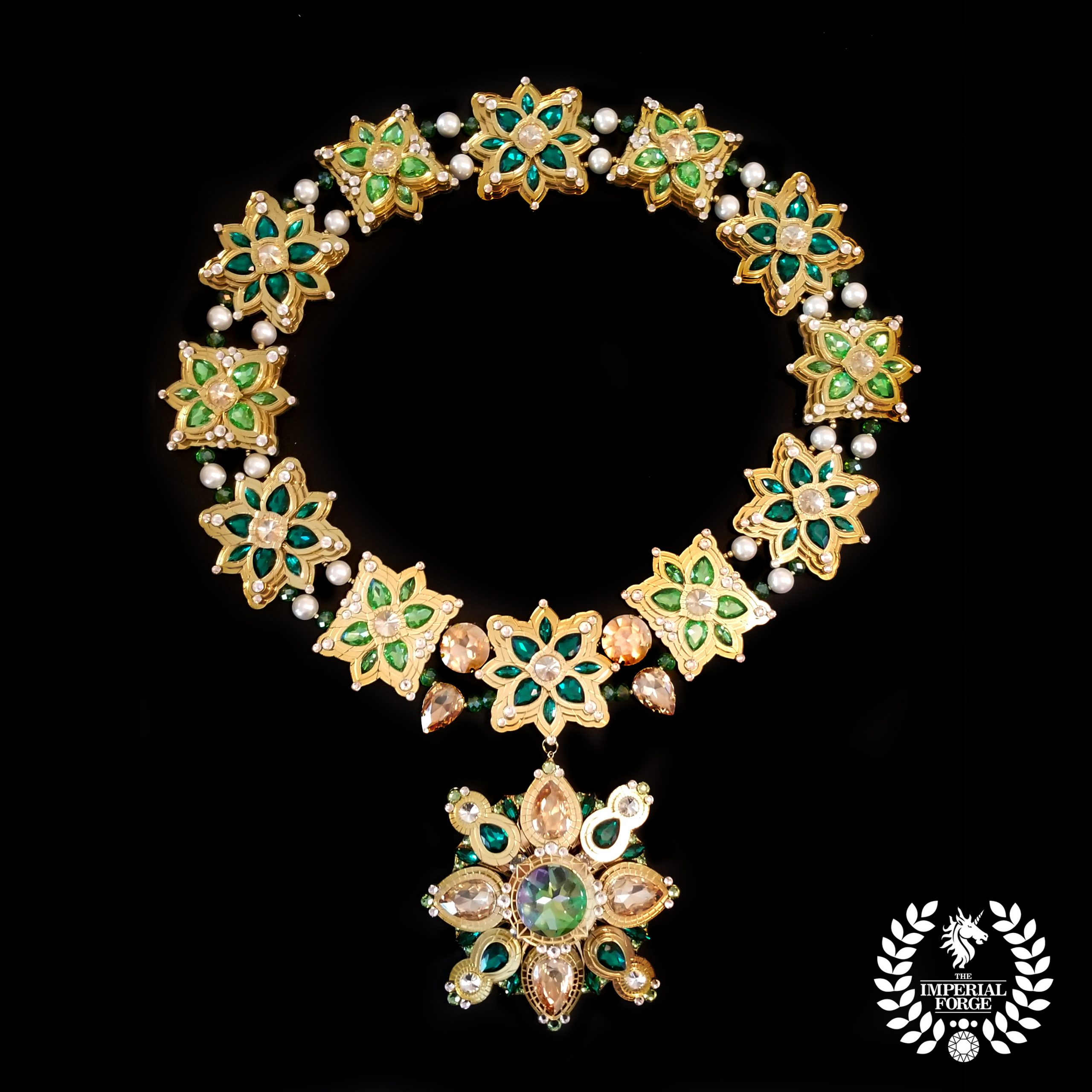 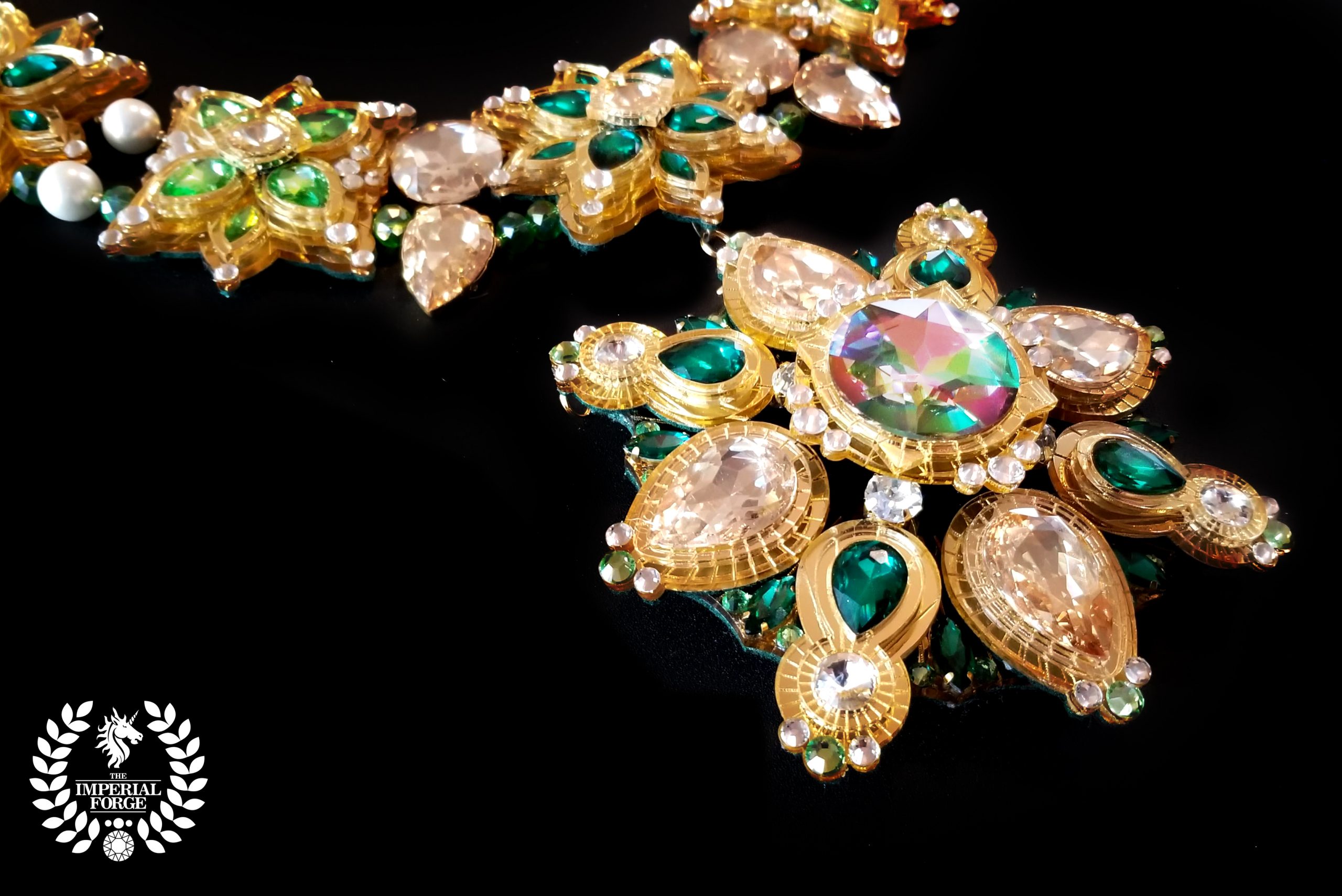 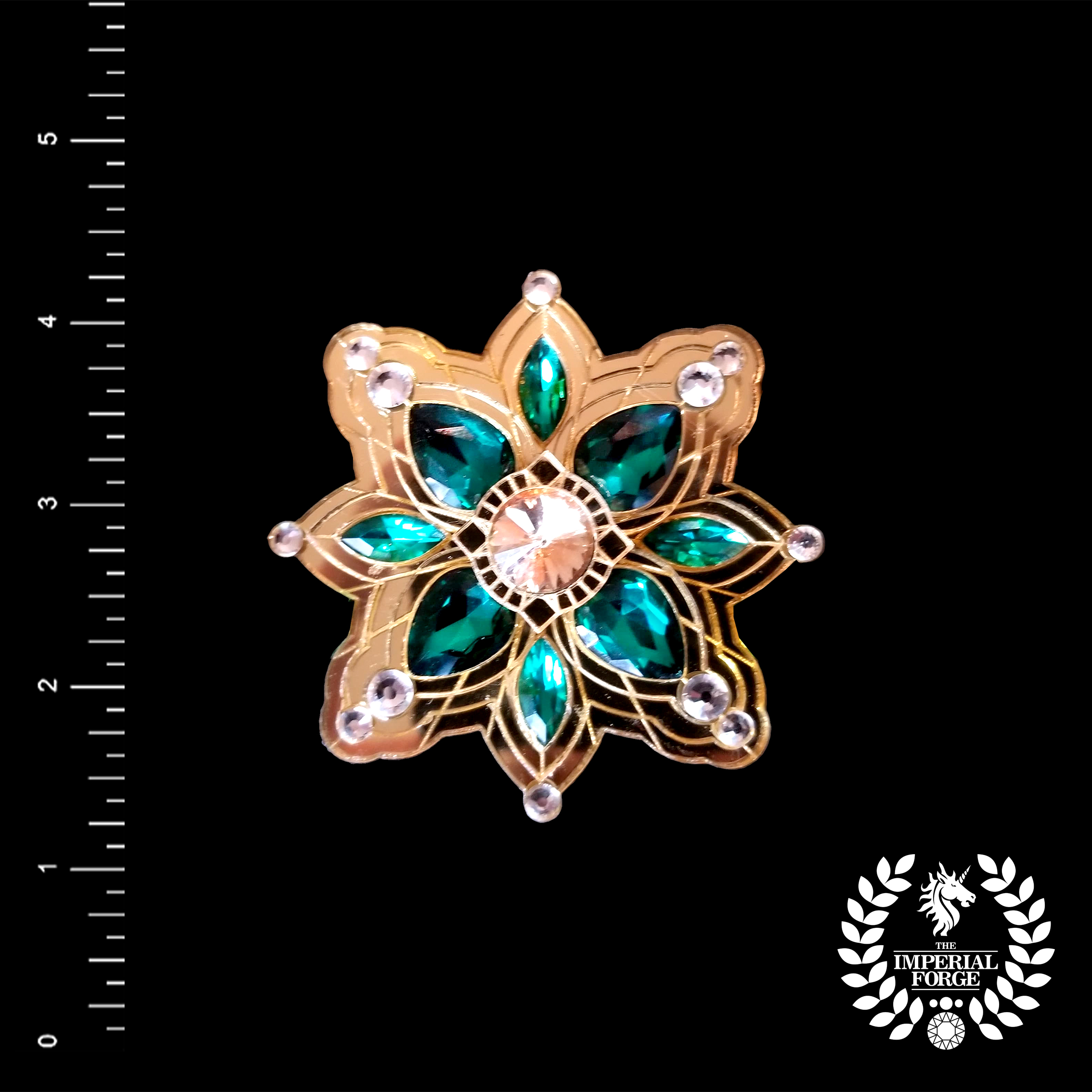