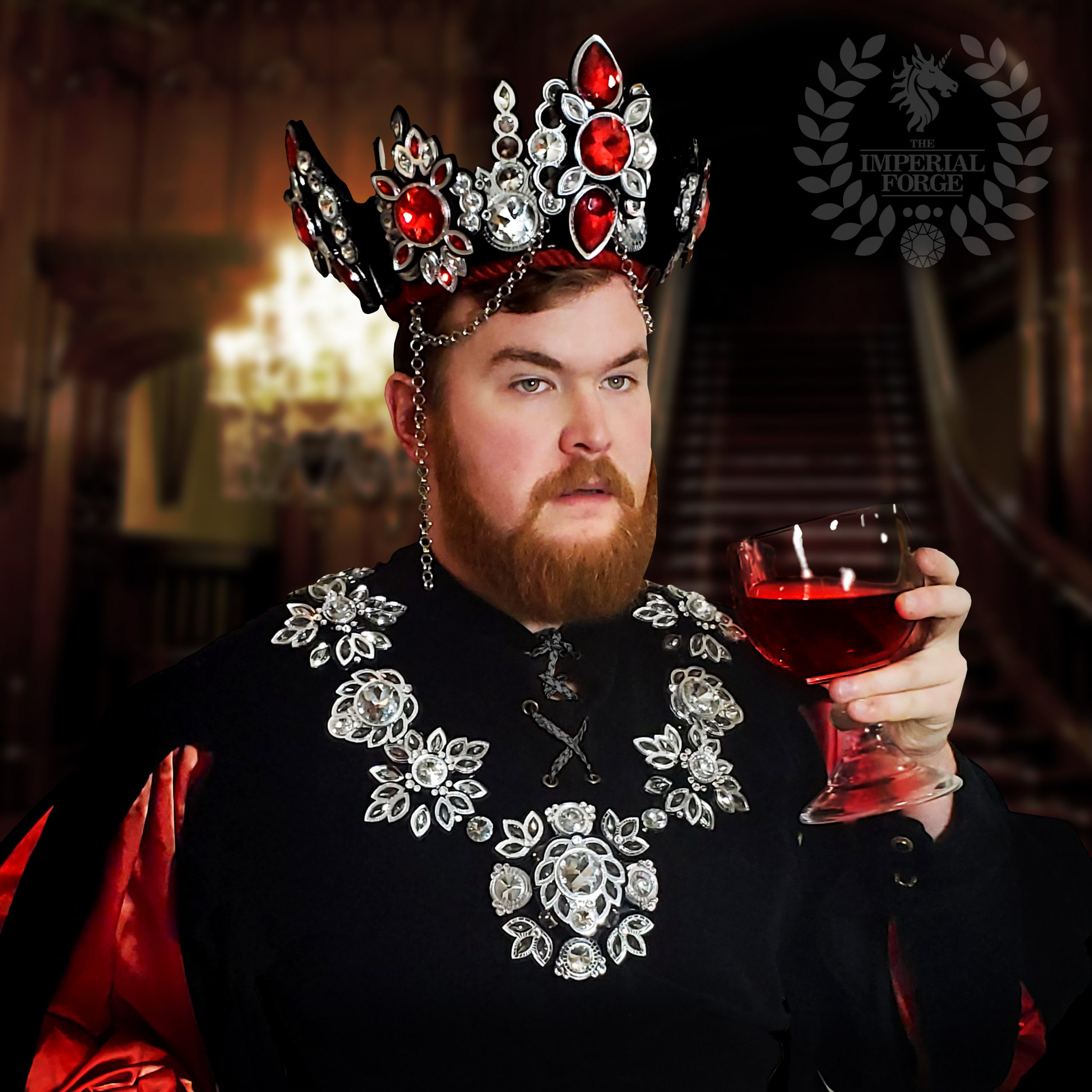 “And exactly what ARE the people saying?”

The Captain of the Guard gulped. In just two, short weeks, the new king had all but ripped the realm apart.

“Your grace, your courtiers think you…unpredictable. Your governors quietly question the crusade. Some of them whisper, others actively undermine it…”

“You must be referring to Governor Witt.” A wry smile crept across the king’s face, “It is difficult to spread discontent whilst atop a pike”. He gestured lazily to the window, inviting the captain to peer out. The soldier stood his ground: he had already seen Governor Witt’s bloodied head as he had passed beneath the portcullis.

“And the commonfolk?” demanded the king.

The captain hesitated for a moment, before summoning his usual stoicism. From what little of the king he had endured to this point, he expected the new monarch would likely revel in his answer.

“A…demon, captain?” The king feigned shock and turned, clearly attempting to conceal his joy. His crown and mantle, however, could ply no such illusion: they glowed, the deep black and red jewels seeming to pulse.

“Yes, your grace, a demon. One that seeks out all conduits of magick in the realm to horde for itself. They think you unnatural.”

The king needn’t offer any reaction: his jewelry was alight with a red swirling, as if ravenous, finally being sated. The captain knew the legend of the ornate headdress and chain. He knew they possessed magical properties, but had never witnessed it first hand. The previous wearer was a much calmer, measured man.

“If the people demand a demon, a demon they shall have!” The king could barely contain his glee: “round up our latest swathe of prisoners and see to it that they are boiled alive…”

“…as publicly as possible, but within the castle walls, captain. Then serve their boiled carcasses to the poor, to the hungry”.

The captain couldn’t believe his ears, “your grace, your father would never have…”

“My father is a fool in the ground, captain, where he belongs.” The king turned back and locked on to him, his eyes aflame as he nonchalantly swirled his wine, “Do you enjoy your head being connected to your neck? Or would you prefer the company of Governor Witt?”