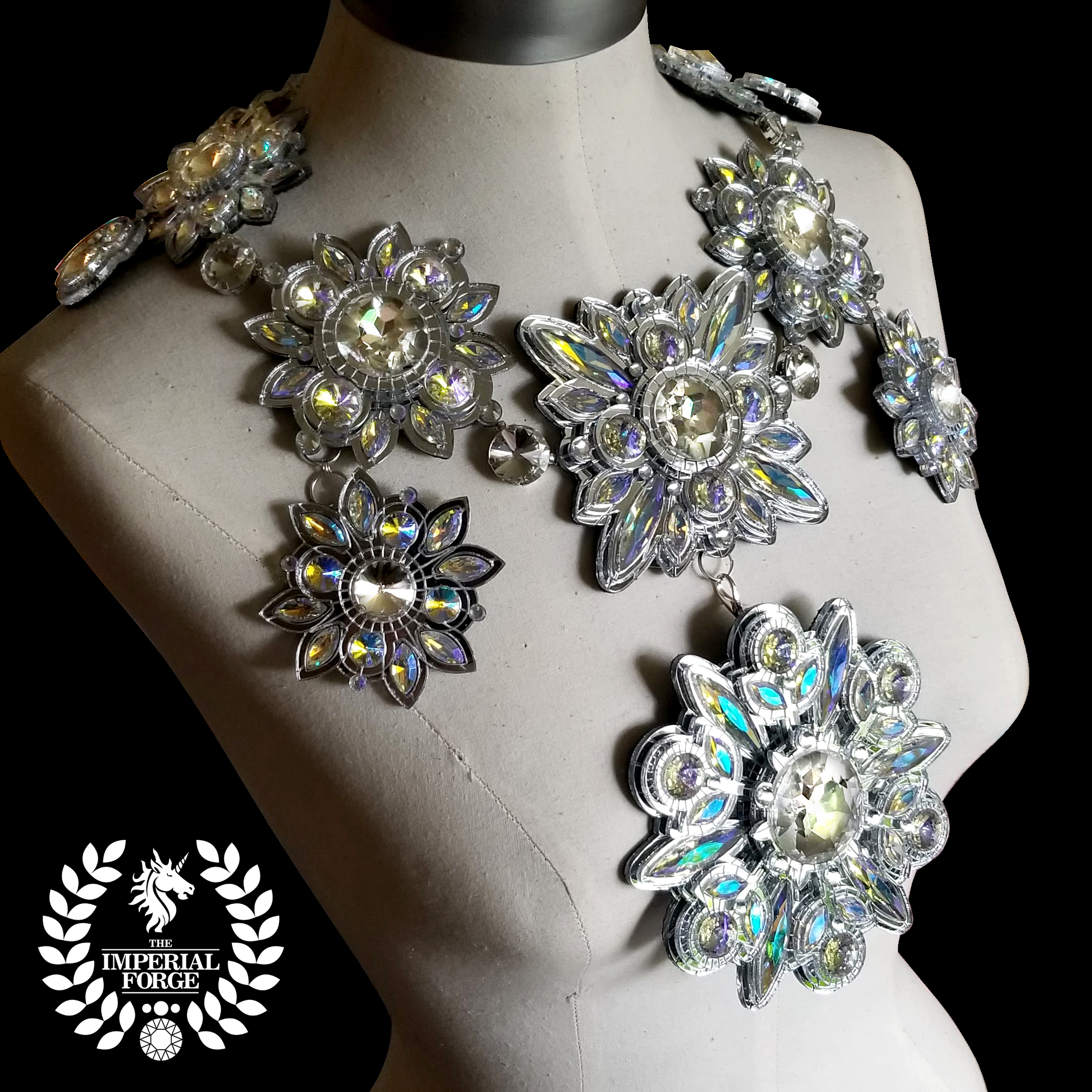 Said to be forged from the rarest of enchanted ice, the Heirloom of House Frost adorns matriarch Calypso at only the most prestigious public occasions.

Its creation is the stuff of legend: a vast expedition of veteran explorers, buffeted by the most inhospitable conditions, searched for a mythic cavern that contained the requisite raw ore. Exactly why this special material was selected, and the resulting extent of its arcane power are unknown – that information is privy to the highest echelons of House Frost alone. Still, no one would doubt that jewels are inherently powerful.

Eye-witnesses claim that the set is a mighty weapon. Others say it creates an impenetrable shield. Some think both. In any case, there exists no known artefact across the realm that inspires such wonder, or such terror. 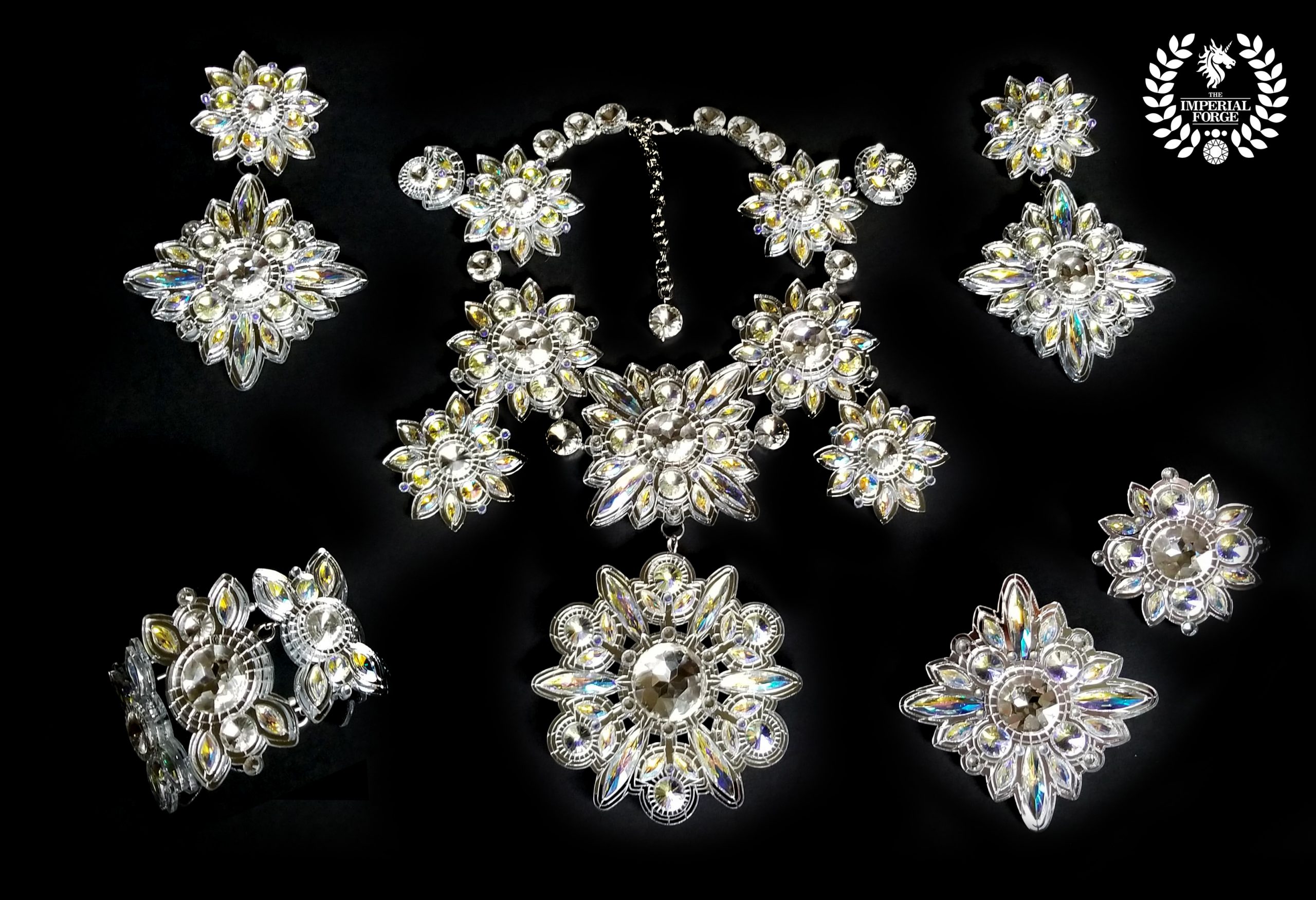 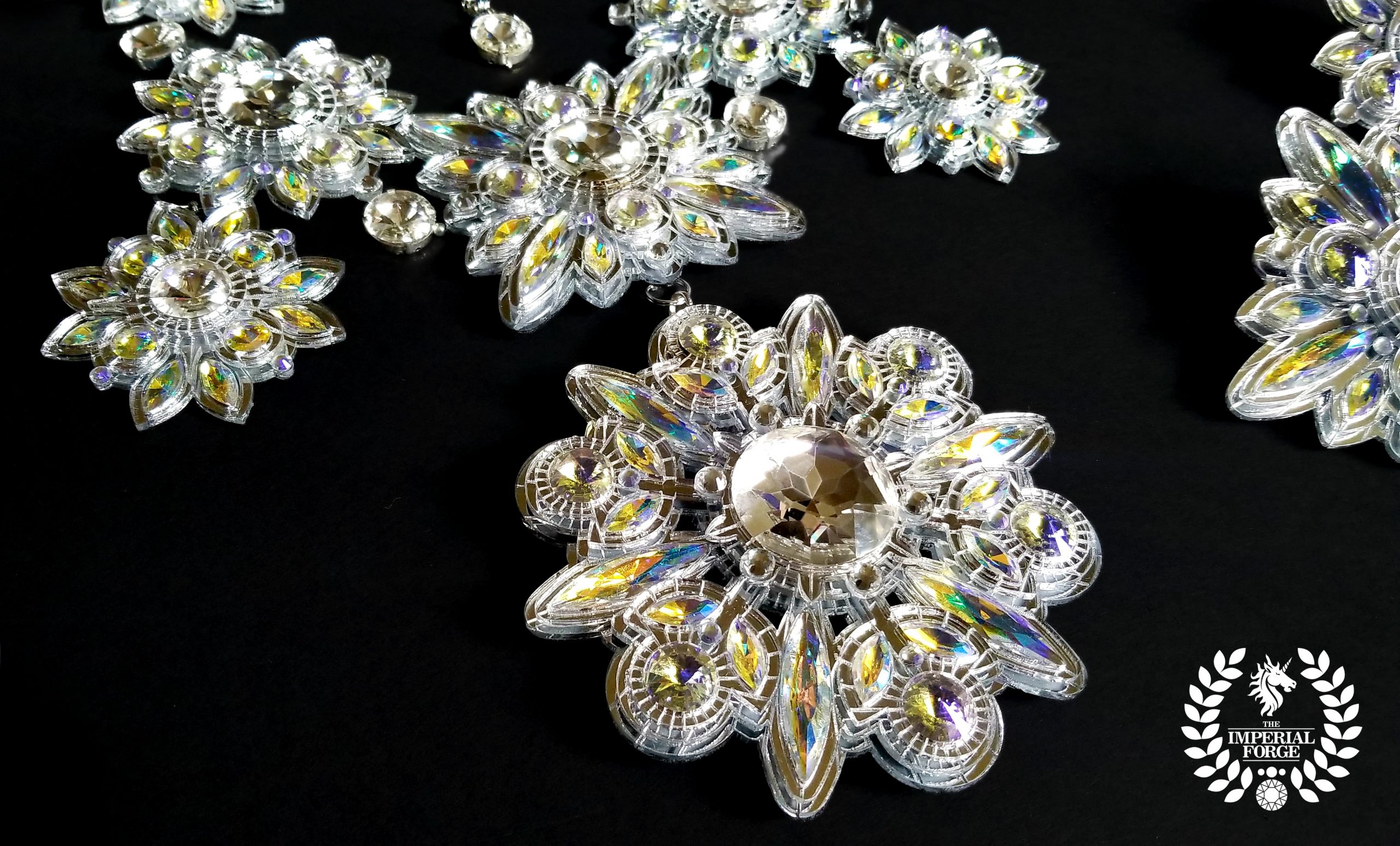