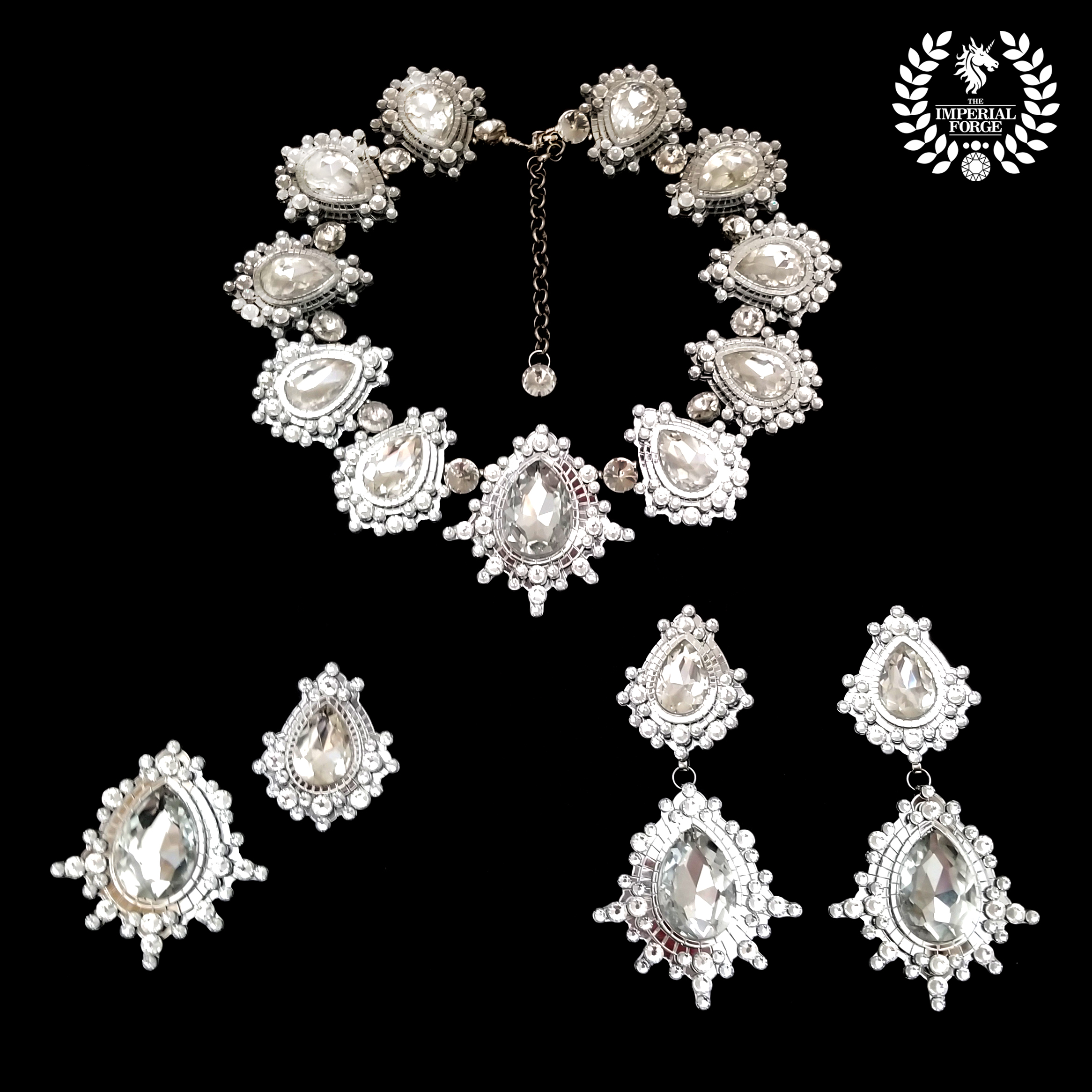 “This is tradition, your highness. You MUST wear this.”

The pontificator had never pressed her like this before. She knew the customs. She knew why he was speaking out of turn and she hated him for it.

Any young woman would be more than happy to don such a beautiful set of jewels – known far and wide as a symbol of sovereignty, incomparable in its beauty. But its history was not well-known outside the upper echelons of the nobles.

Its history terrified her.

Eons ago, when the province was nothing more than a sheet of ice, two sorceresses of unmatched power led two rival empires. Their disdain for one another became increasingly more violent, until the very landscape of their world was rendered unrecognizable.

The battles were endless, but no ground seemed to be gained. Countless innocents fell victim to the unrelenting march of each side. With no breakthrough in sight, the sorceresses ordered more unorthodox tactics be used.

One of the resulting acts of subterfuge was disguised as a gift: The Ice Mirror. Woven with the purest strands of the most delicate frosts, it was imbued with the power to consume the wearer in a madness befitting their deepest deceptions. It was offered from one sorceress to the other under the guise of brokering a peace.

Wearied by war, the sorceress accepted the gift. Day by day, she became more erratic as her hatred grew. Her underlings rebelled. They exposed the gift as a curse. The ‘gift’ givers rebelled. The Ice Mirror, ultimately, induced the downfall of two empires, plunging the sorceresses into obscurity.

All that was left of the calamity was dangling from the princess’ neck.

This set includes a necklace, two rings and a pair of earrings. Hundreds of small clear crystals surround large and extra large teardrops set in silver mirror. Earring drops may be detached, allowing the buttons to be worn on their own. Earring length from top to tip = 6”. 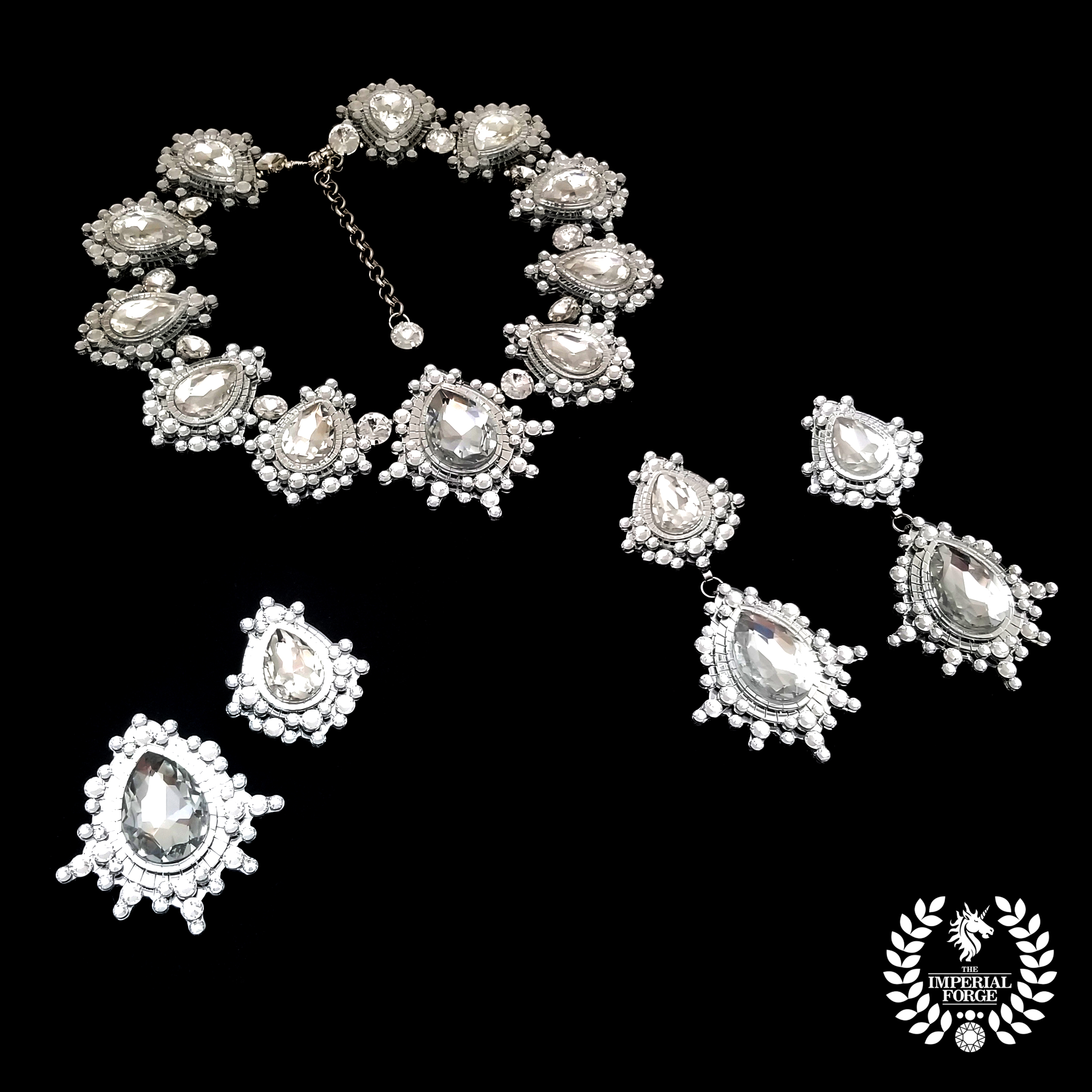 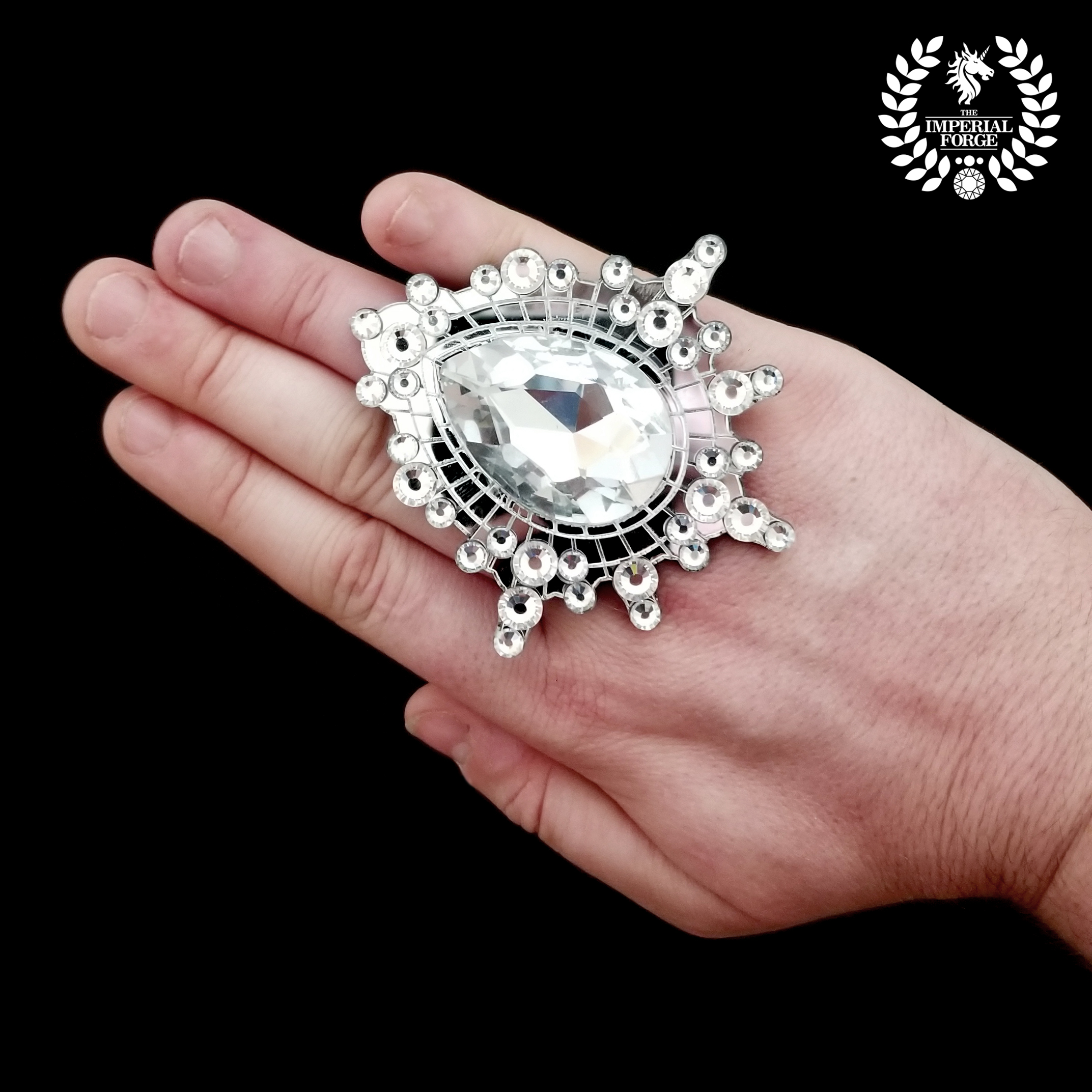 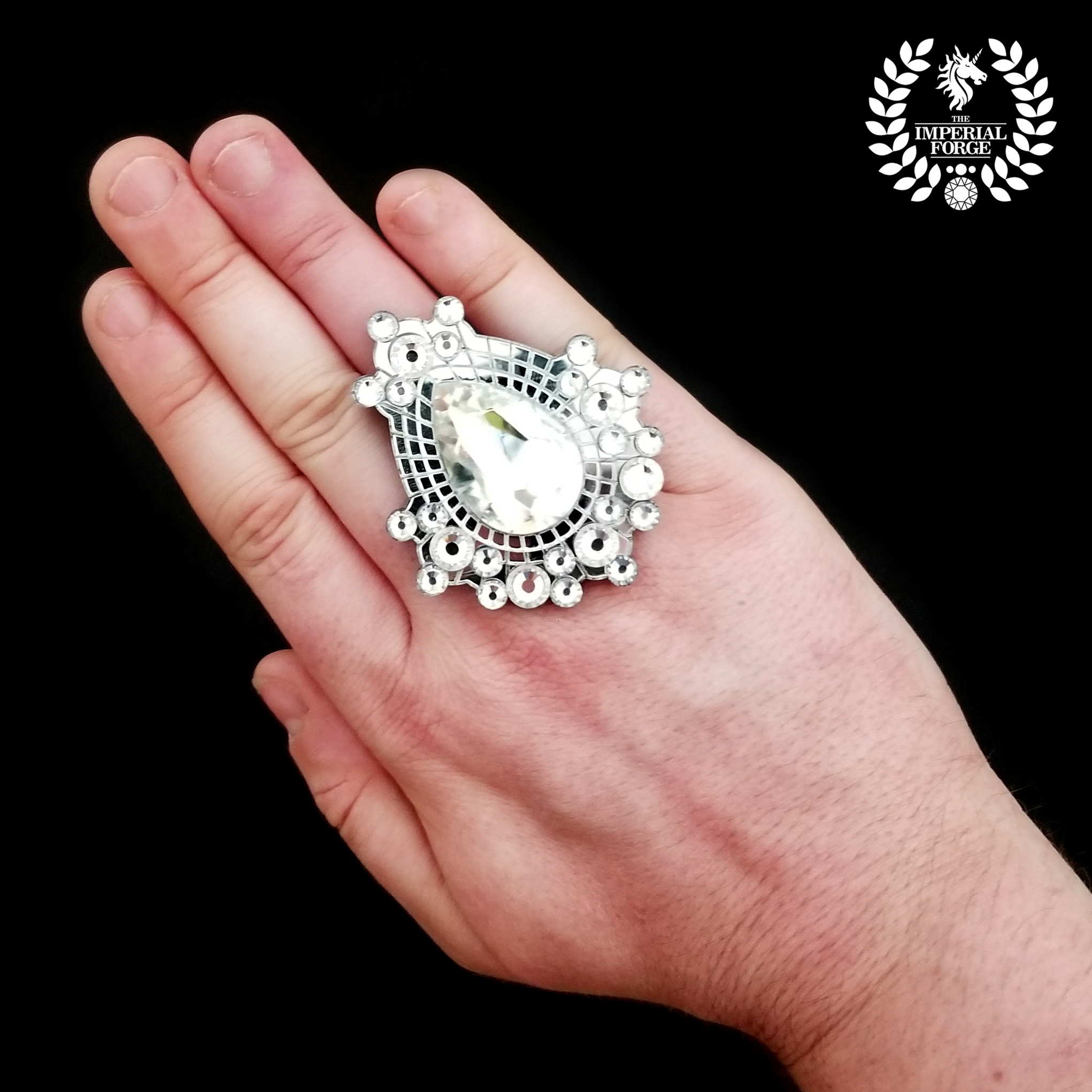