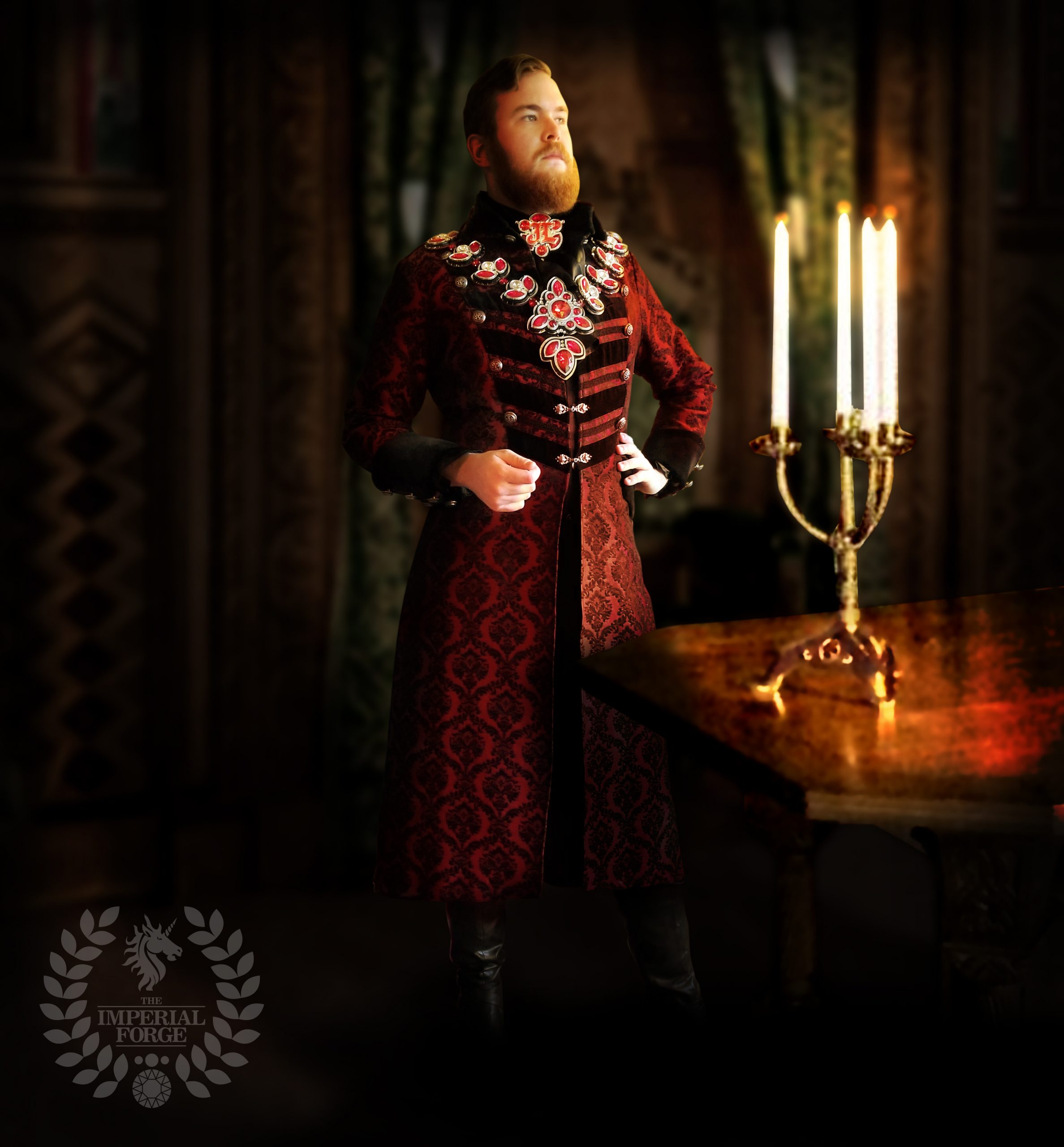 For centuries, the Kingdom of LaRouge and the Duchy of Bouvier had squabbled. But the new, young heads of house – neither had seen a day on the battlefield – were hungry to play war. The situation escalated: a snub at a ball became a trade dispute, became an embargo, became a blockade. Two powerful navies floated toe to toe at the mouth of the Bouvier Bay. Battle seemed inevitable.

Faced with almost certain mutual destruction, Admiral Jackson LaRouge snuck a proposal to his counterpart in the Bouvier fleet: “Disobey; de-escalate; dethrone your rulers so keen to see us die for no more than a name”.

Years later, then Prince Jackson LaRouge took his counterpart’s offspring’s hand in marriage. Finally, two houses – both alike in dignity – were united. A resplendent chain to mark the occasion was forged.

The Laurel Garland of LaRouge Bouvier.