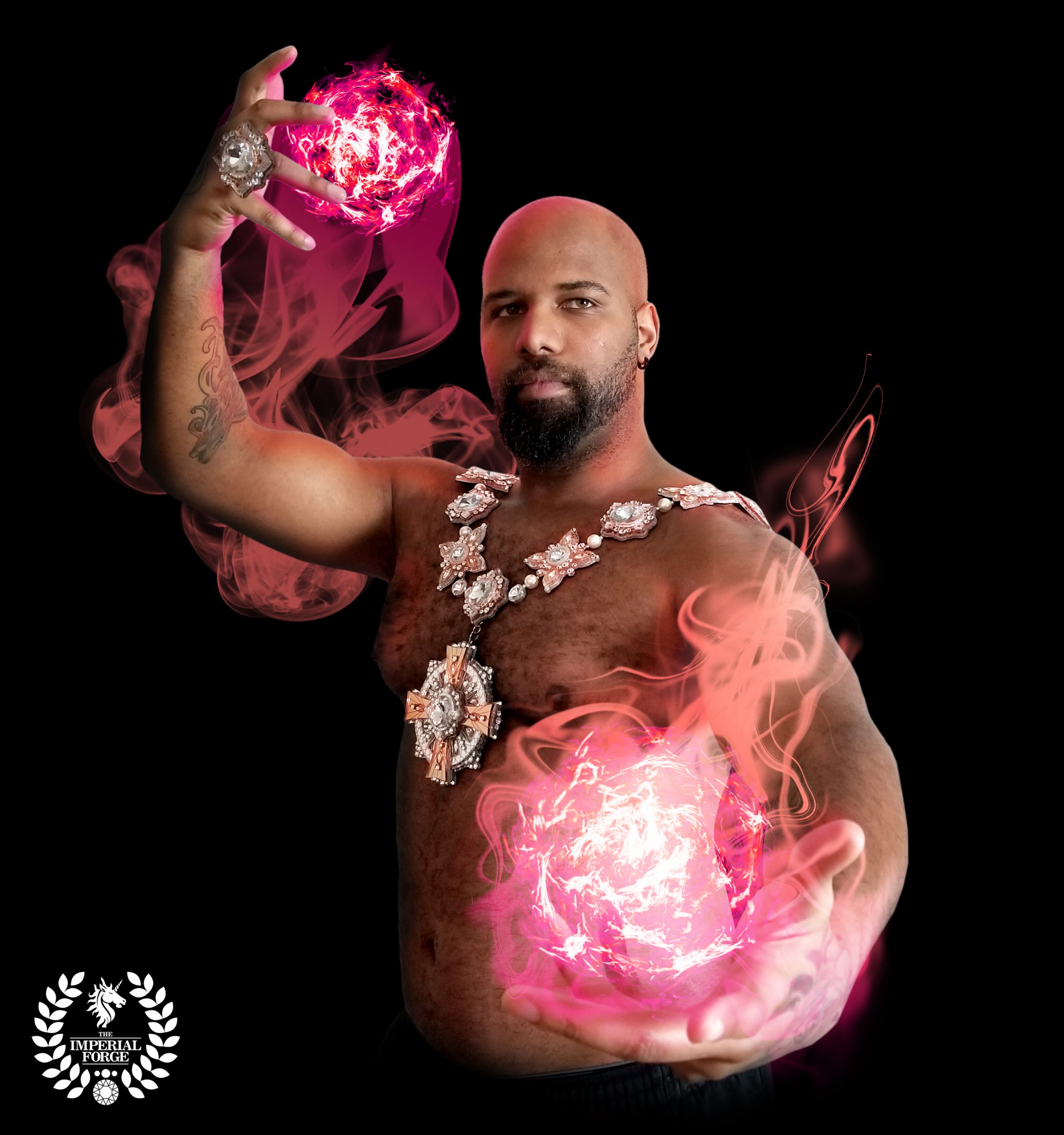 His tutor had instructed that magic was a fool’s pursuit: a skill too difficult to learn and more dangerous to use. Certainly no match for the thwack of a well-swung bo staff.

Yet his tutor had also admitted that, in the midst of battle, extra-planar energy may be a viable last stand.

Barricaded in the sparring room, bathed in the low glow of the monastery ablaze, the student could hear them hatching a plan beyond the double doors. The thick planks of oak, though strong, could only withstand so much.

The room was sparsely decorated save for the bejeweled warrior’s chain that hung neatly on the wall. Every practice, he and his peers would murmur a blessing to it – a silly bit of superstition born of a far-fetched legend of great power, they were told, but his teachers insisted it be done.

He approached the mantle. It hummed with a low ring, its crystals glinting in unison as he stepped closer. ‘A trick of the light, surely’, he thought. Slowly, he raised it above his head and lowered it on to his muscled shoulders.

Banging at the door. A flush of warmth came over him.

He back-flipped to the center of the room and pivoted to the entrance. Raising one hand behind him and lowering the other in front, the chain swirled with a cool fire and launched coral flames to his palms. Hands ignited, he realized none of his acrobatics, nor his sudden affinity for pyromancy, was of his own doing.

Emanating from his chest, a metallic whisper filled the room, “Let us begin, young one.”

A large mantle in silver and rose gold mirror, embellished with clear crystals and strung with glass pearls. Lockable bar pins allow the piece to be pinned wide across the shoulders. Pendant is detachable, can be attached to the chain at a 45 degree angle for an alternative look and, with a lockable bar pin on its reverse, may also be worn as a brooch. A medallion may be hung from the pendant.

Comes with a matching ring. 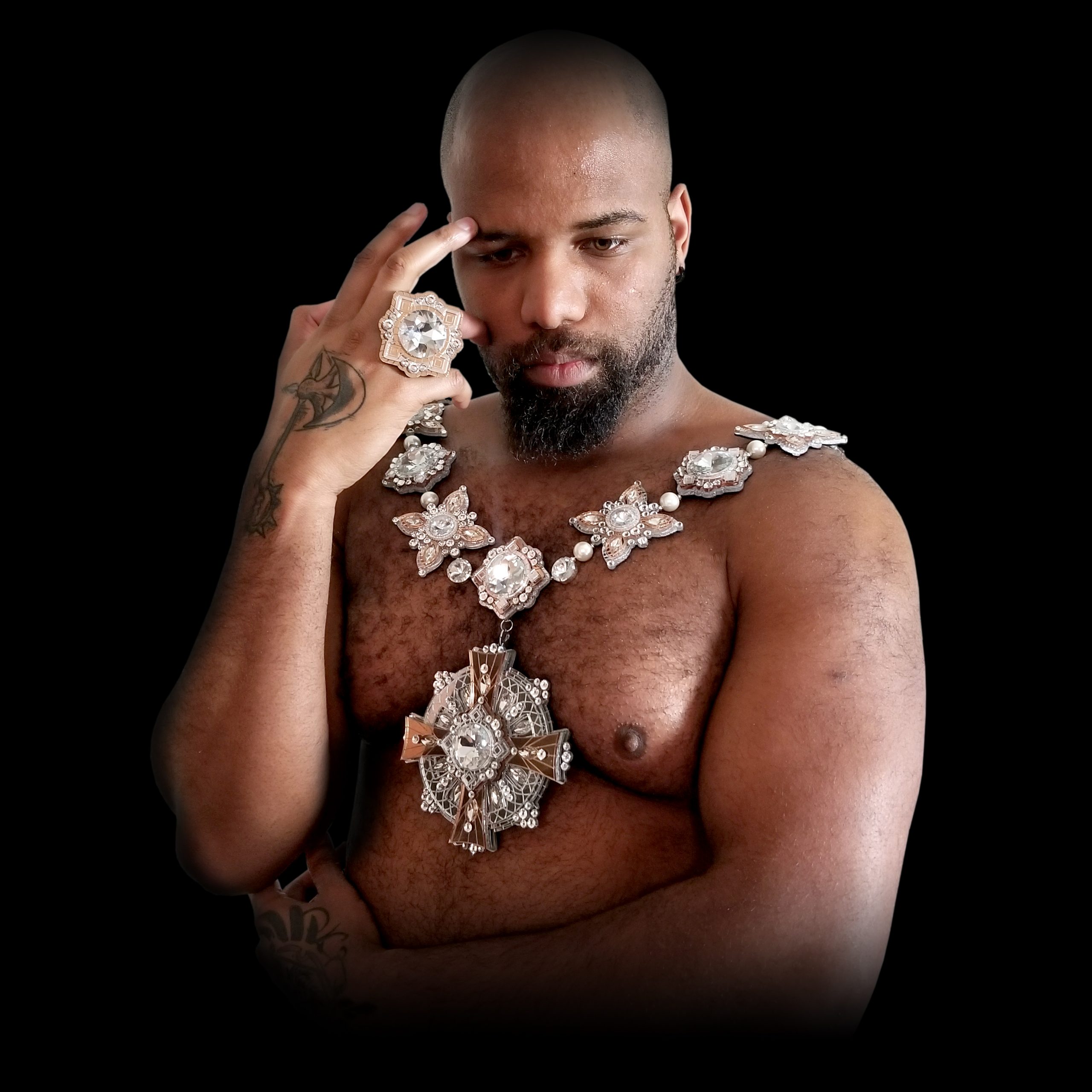 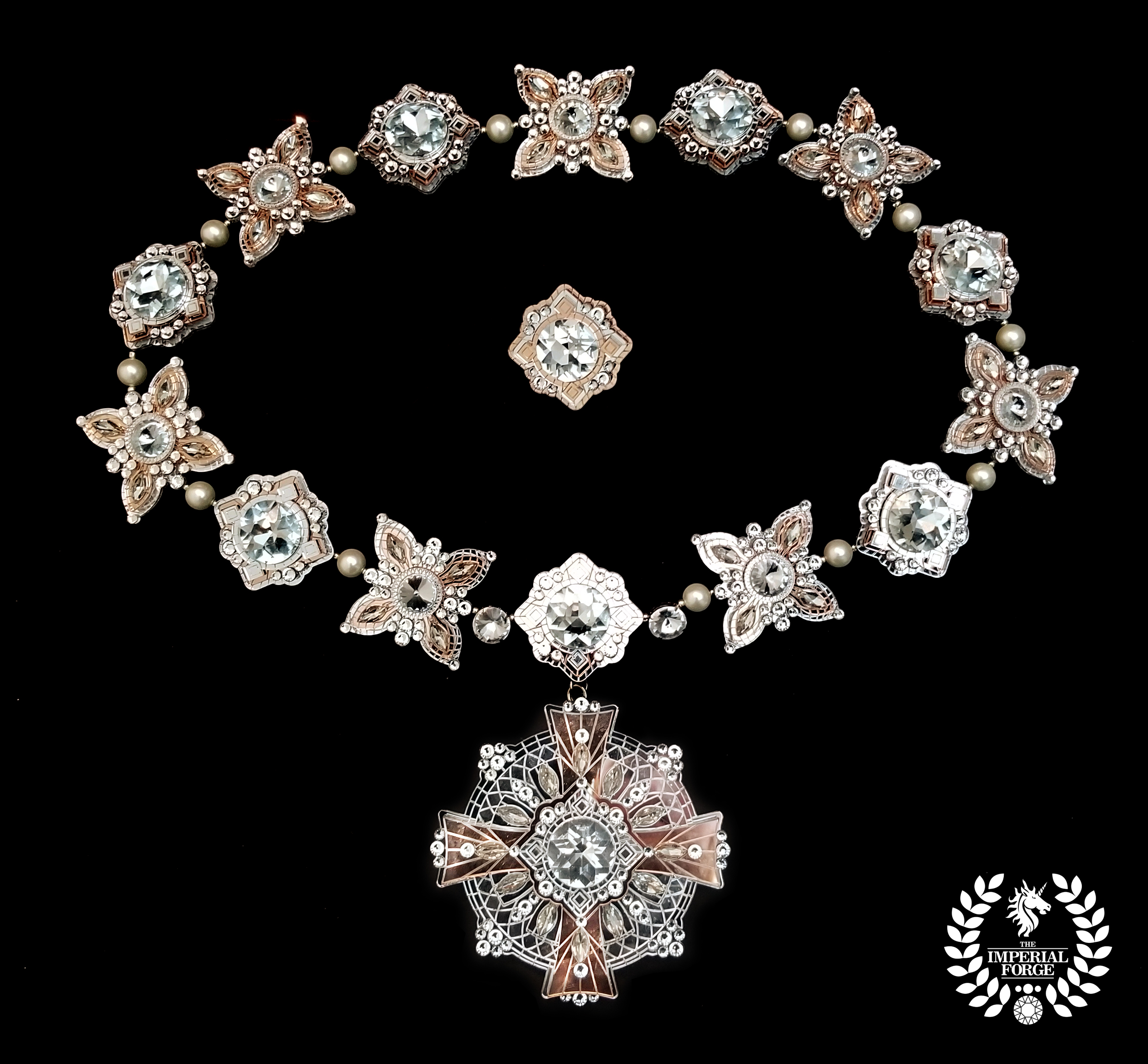 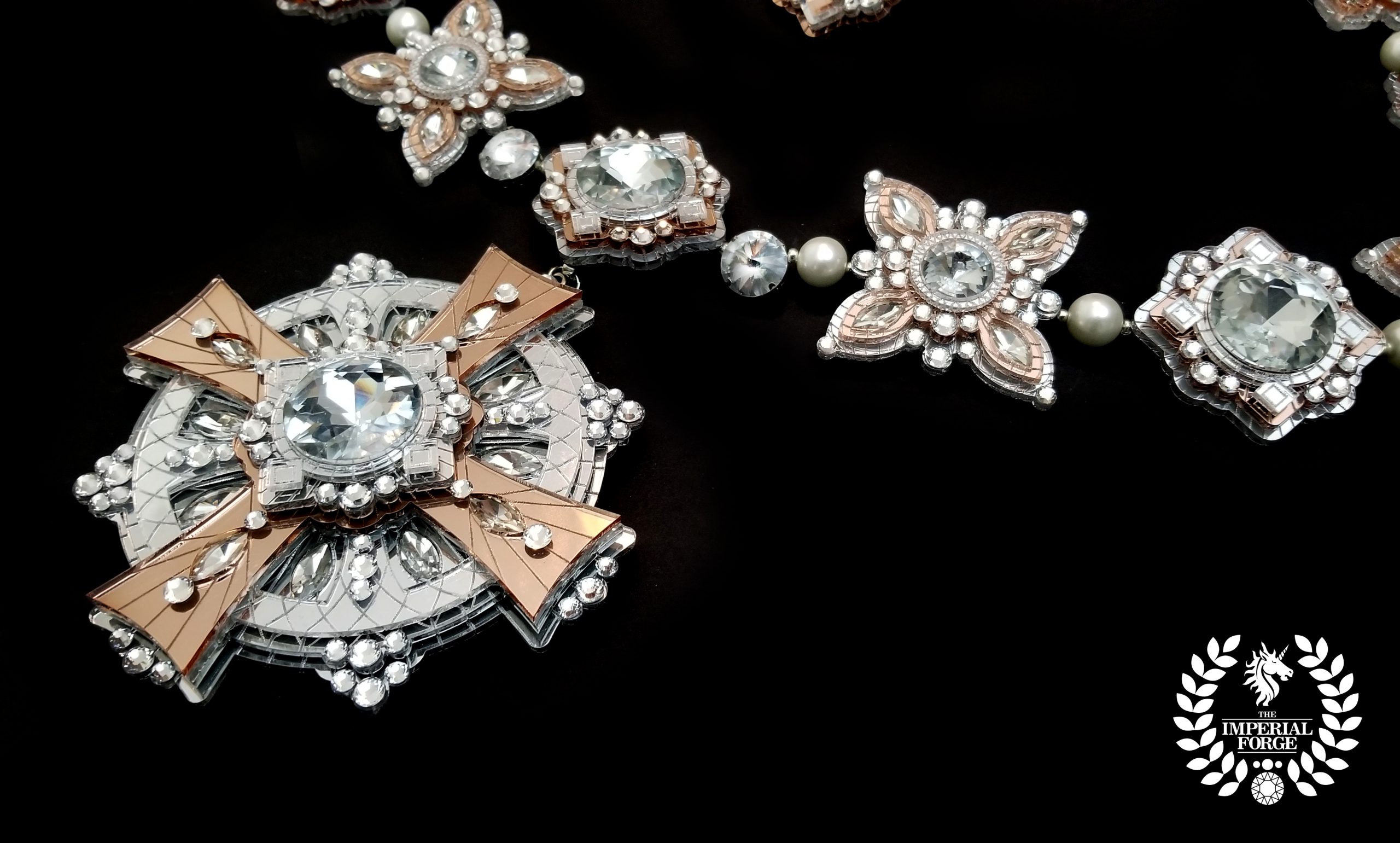 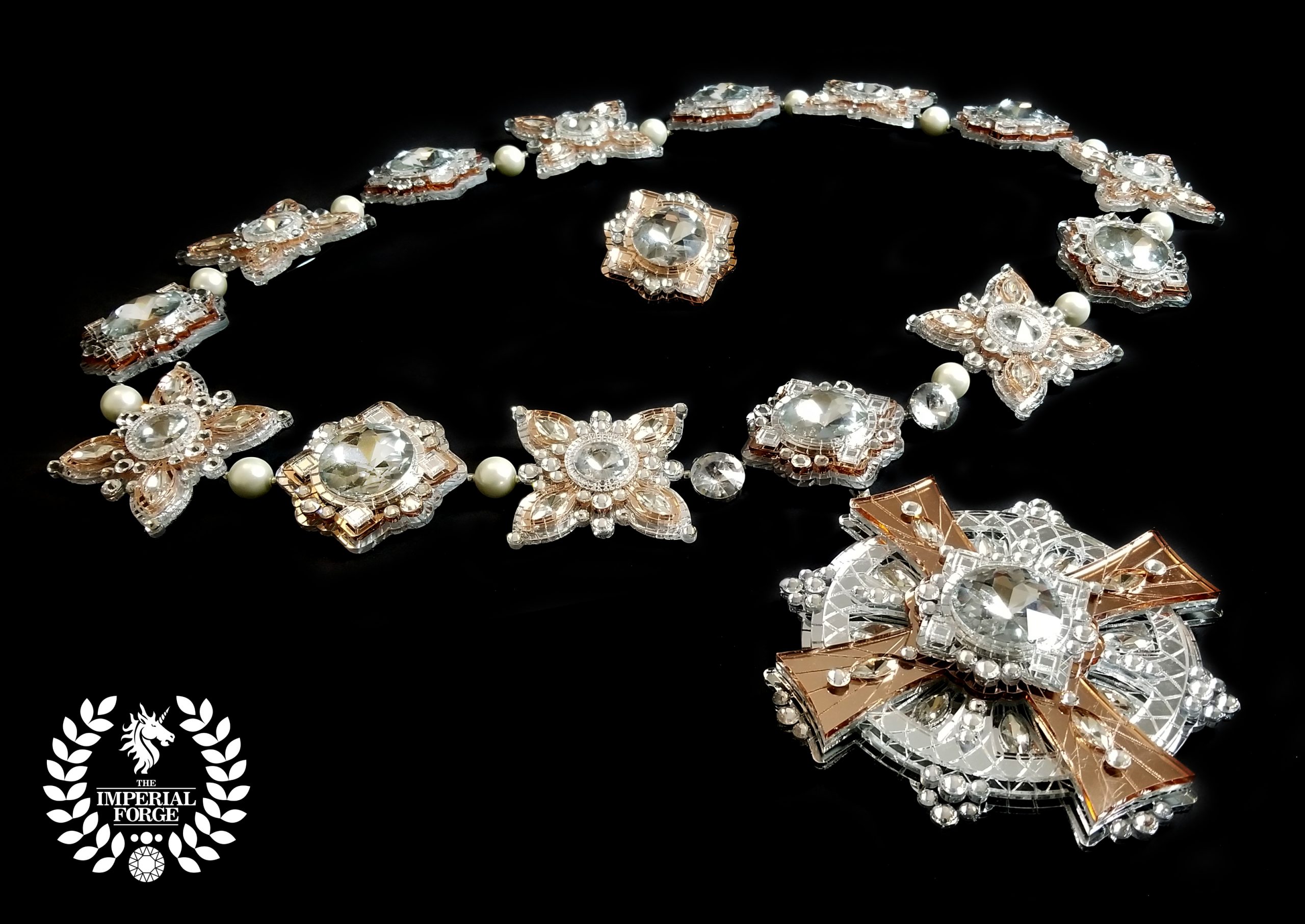